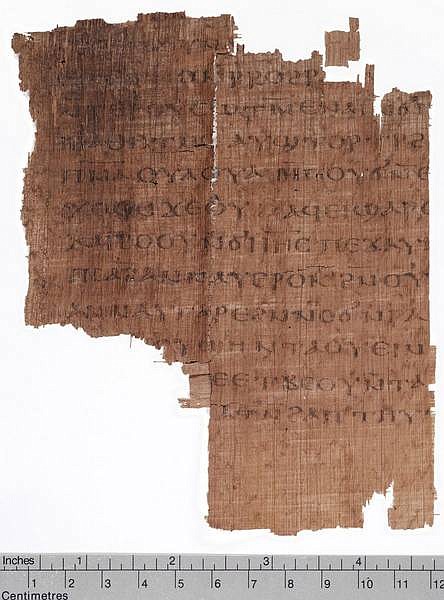 This image provided by the National Geographic Society shows the missing half page of the Gospel of Judas that resurfaced in New York in Feb. 2006, on display at the Society in Washington. The ancient manuscript rediscovered after 1,700 years may shed new light on the relationship between Jesus and Judas, the disciple who betrayed him. (AP Photo/Kenneth Garrett, National Geographic Society)