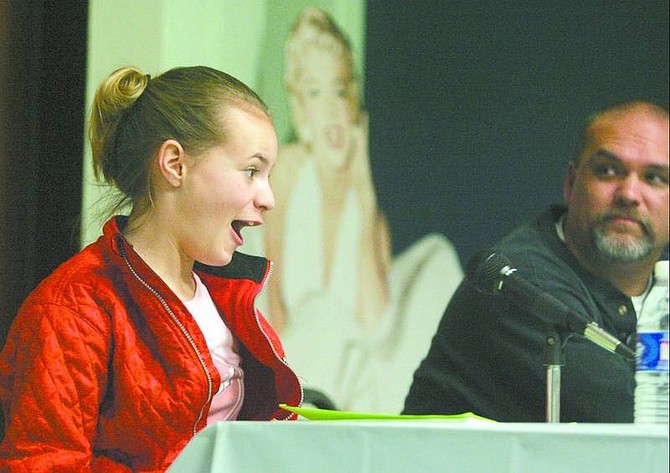 Becca Gardner answers questions about working as an actress with Hollywood stars Jennifer Lopez, Robert Redford, and Morgan Freeman while at the Carson City Library on Saturday afternoon. Pictured to Gardner&#039;s right is Scott Birmingham, video editor at KTVN and a member of the Board of Directors for the Reno Film Festival. BRAD HORN/ Nevada Appeal