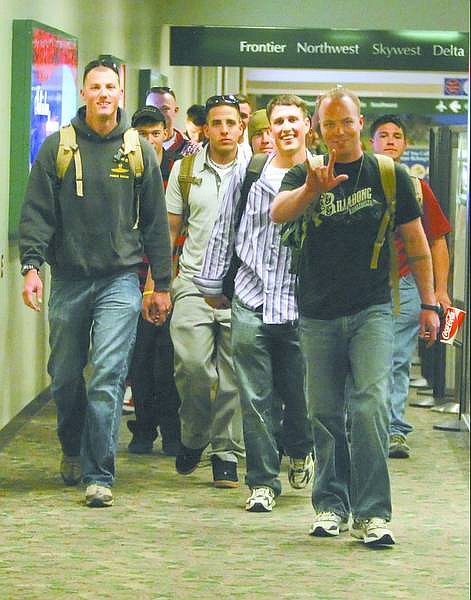 BRAD HORN/Nevada Appeal Marines in the Fourth Force Recon Reserves, including Lance Cpl. Matthew Martin, gesturing, walk down the concourse toward their families at the Reno-Tahoe International Airport after returning from Iraq on Monday.