Employment agency gets help from immigration Web site, but it's the only one 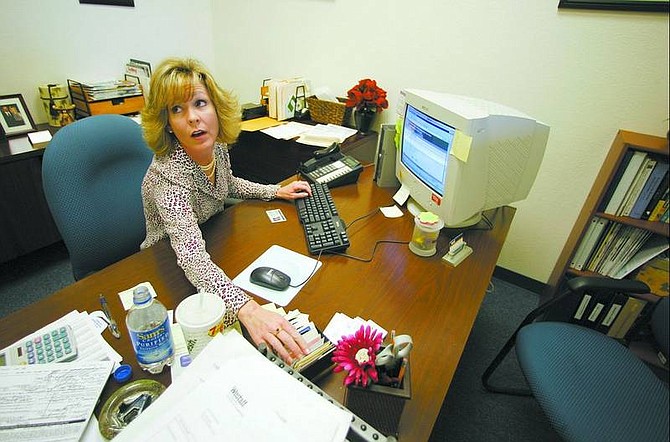 BRAD HORN/Nevada Appeal Brenda Fagg, branch manager at Westaff in Carson City, uses the Basic Pilot Program in her office Thursday. The program, offered by immigration services, determines if a person is authorized to work in the United States.