Capitol cop greets visitors while looking out for crime 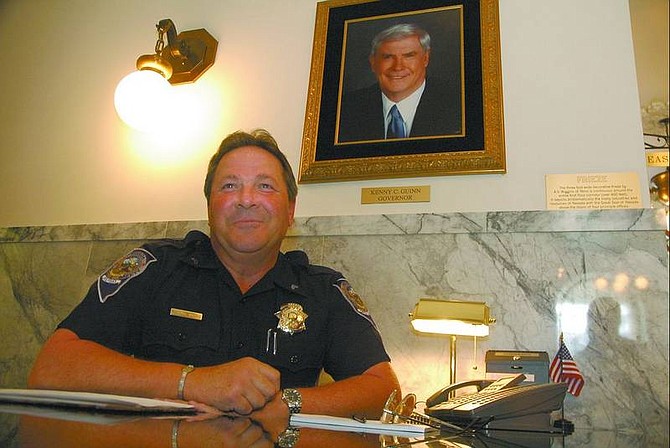 Kevin Clifford/Nevada Appeal Cpl. Randy Smith mans his post at the Capitol&#039;s front desk Friday afternoon. He has worked for the Capitol Police for 14 years, and has been a police officer for 37 years.