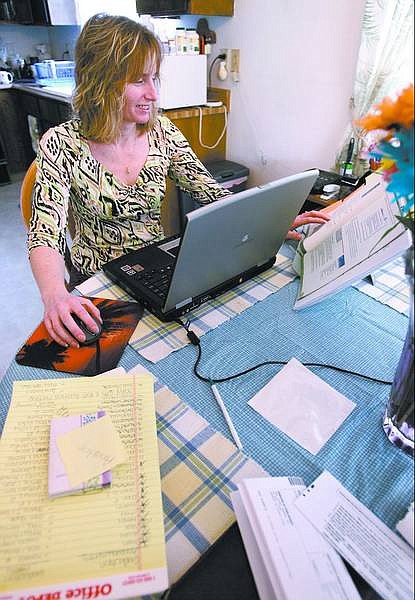 Cathleen Allison/Nevada Appeal Artha Dutcher-Pugh works on school work Thursday afternoon in her North Carson City home. Dutcher-Pugh will owe $14,000 in student loans when she graduates from Western Nevada Community College in May. That isn&#039;t stopping her from taking out an expected $10,000 more in student loans to achieve her dream of becoming a dental hygienist.