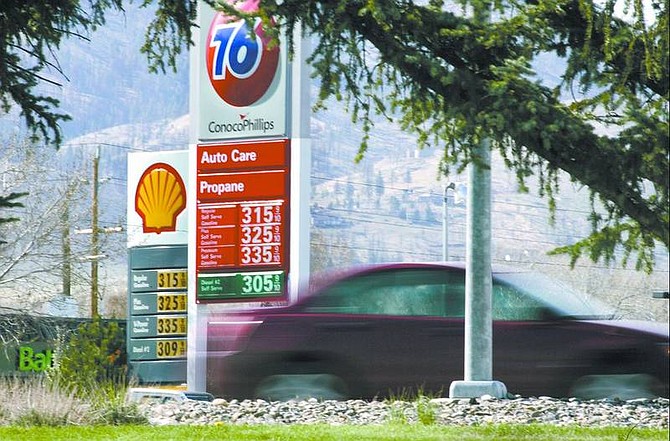 Cathleen Allison/Nevada Appeal Gas prices in Carson City passed the $3 mark Friday. According to The Associated Press, retail gas prices have risen about 60 cents a gallon since the beginning of the year.