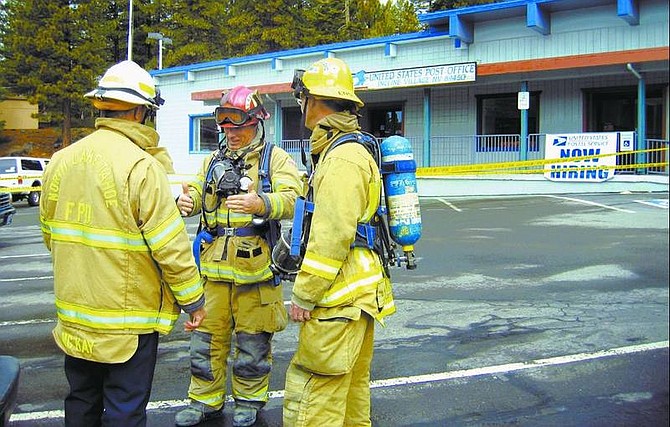 Erin Roth/Nevada Appeal News Service Fire district personnel wait outside the Incline Village Post Office for the health department to arrive to determine whether a suspicious substance found leaking from a manila envelope was hazardous. It proved to be cake frosting.