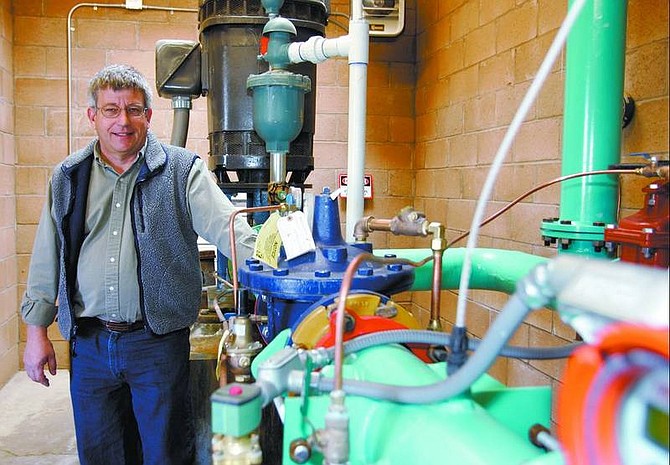 Chad Lundquist/Nevada Appeal Lyon County Utilities Director Mike Workman shows off the workings of the new Cardelli well in the Riverpark development in Dayton. The Cardelli well, finished in summer of 2005, pumps 1,000 gallons of water per minute.