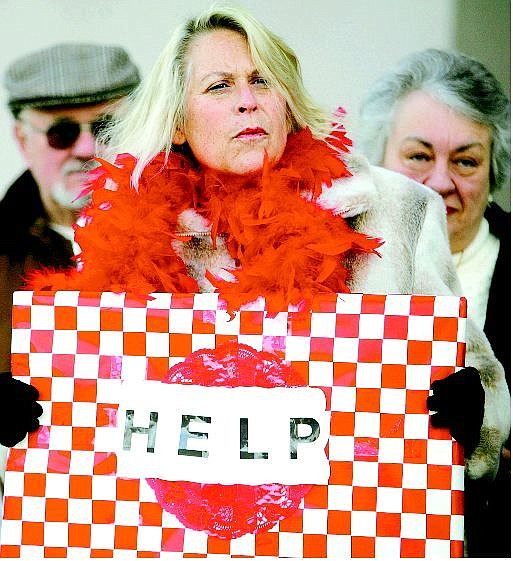 Brad Horn/Nevada Appeal Jackie Maye, center, protests in front of the Nevada State Legislature Building on Thursday, with Frank C. Page, left, and Nina Davis. The Nevada Alliance for Retired Americans rallied in both Carson City and Las Vegas on Thursday to urge the state Board of Pharmacy to ignore the attorney general&#039;s opinion and proceed with a plan to help Nevadans obtain cheaper drugs from Canada.