Boy's family in need of a lift 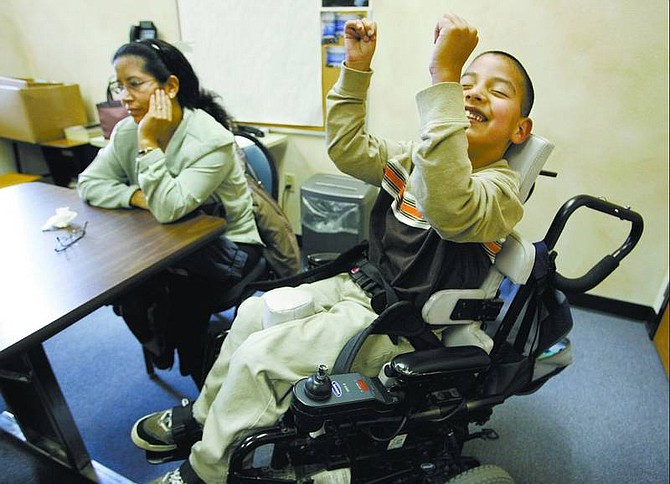 Cathleen Allison/Nevada Appeal Jesse Rojas, 9, who has cerebral palsy, and his mother, Consuelo, talk Wednesday afternoon at Fremont Elementary School. Though Jesse is a typical 9-year-old who finds joy in most everything, his mother is tasked with facing the reality of his situation and is asking the community for help in purchasing a wheelchair-accessible van.