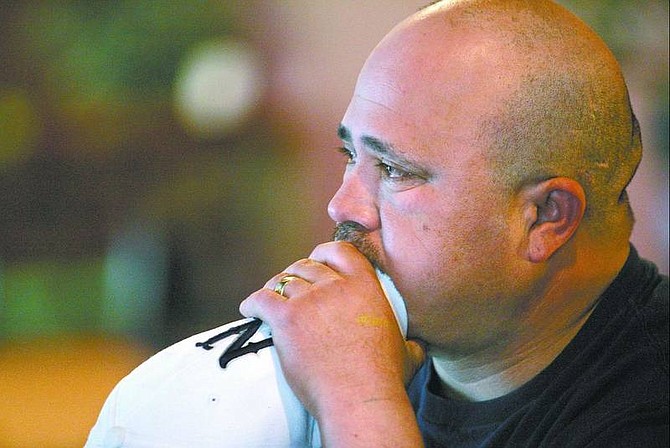 Alberto Garcia watches the final seconds of the Wolf Pack game Thursday afternoon at Stew&#039;s Sportatorium. An overlooked Montana team jumped out to an early lead and never looked back, leaving Nevada fans shocked at their team&#039;s early exit from the big dance. Cathleen Allison/Nevada Appeal