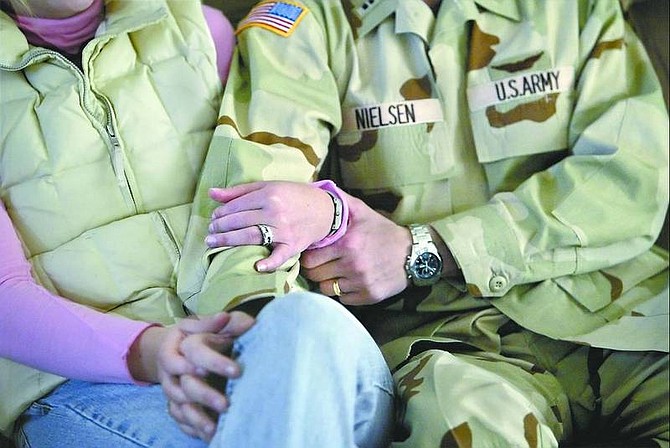 Photos by Kurt Molnar/Nevada Appeal Jeanette Nielsen holds on tightly to her husband, Chief Warrant Officer 2 Steven Nielsen, shortly after he returned home from 15 months in Afghanistan to Carson City on Saturday afternoon.