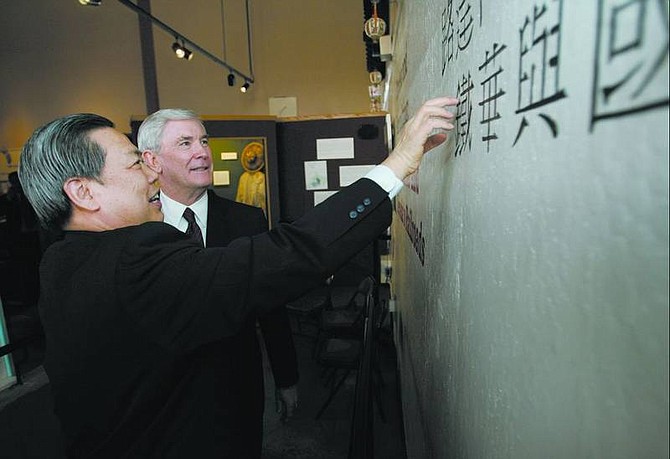 Consul General of the People&#039;s Republic of China Peng Keyu talks with Gov. Kenny Guinn on Thursday during a reception at the Nevada State Railroad Museum. The reception honored the role the Chinese played in the construction of the V&amp;T Railroad. Cathleen Allison/ Nevada Appeal