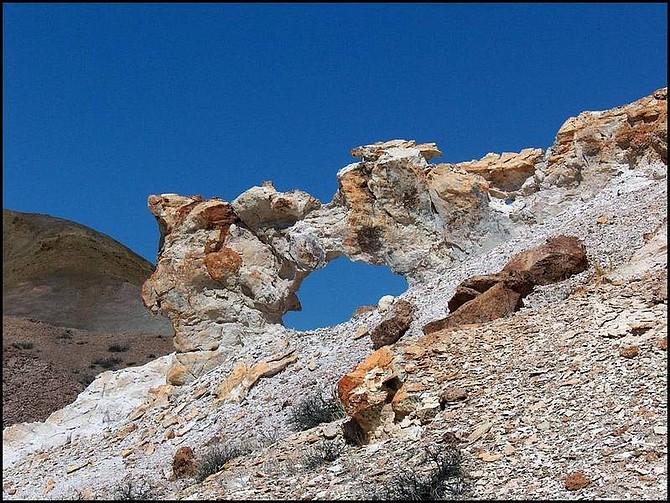 Associated Press A colorful rock arch shown in this undated photo within the Monte Cristo Range just west of Tonopah is just one of the natural formations in the area.