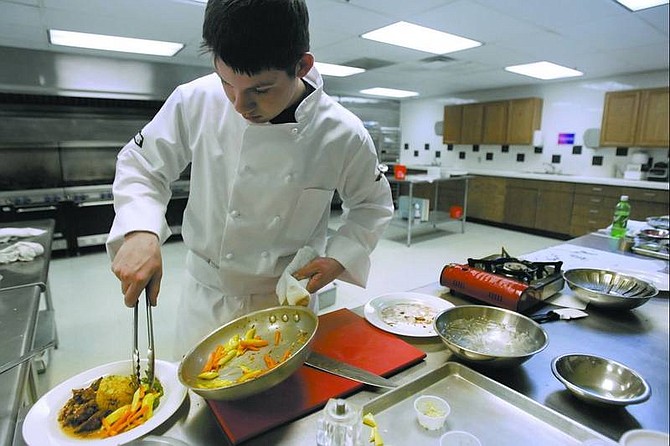 Chad Lundquist/Nevada Appeal Andrew Coleman places vegetables on an entr&#233;e of ostrich tenderloin and couscous Monday after school at Carson High School. Andrew and three of his classmates will go to the national culinary competition April 29-May 4 in Charlotte, N.C. The menu will include this dessert, right, of champagne mousse with strawberries and kiwi atop an oats-and-pecan crust and topped by a handmade chocolate butterfly.