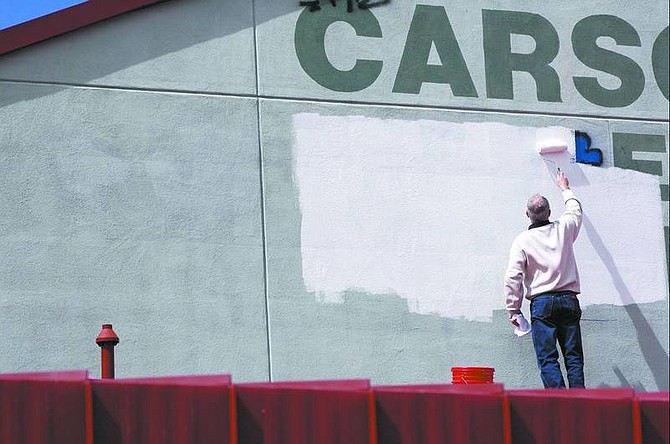 Kevin Clifford/Nevada Appeal Mike Mitchell, director of operations for the Carson City School District, paints over graffiti at Carson Middle School on Friday afternoon. This is the third time in two weeks that several Carson City schools have been marred by graffiti.