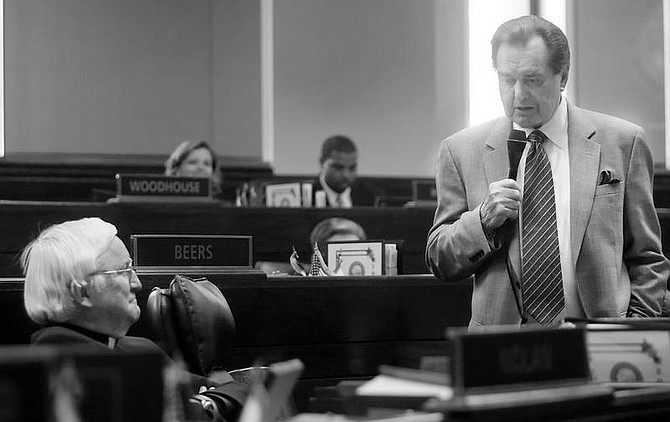 Chad Lundquist/Nevada Appeal Senate Majority Leader Bill Raggio-R, right, commends the Rev. Jerry Hanley, during the Senate&#039;s floor session Monday. Hanley, who recently announced his retirement from the priesthood at St. Teresa of Avila Catholic Community, was recognized for his 30 years of service to the Catholic Church.