Building their future with their own hands 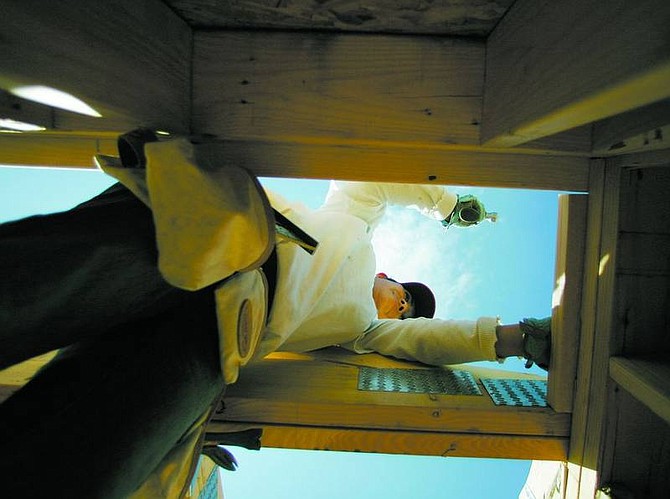 BRAD HORN/Nevada Appeal Monica Diosdado works on her home in Dayton on Saturday. Monica, of South Lake Tahoe, is moving into the home with her husband, Luis, and their 8-year-old daughter.