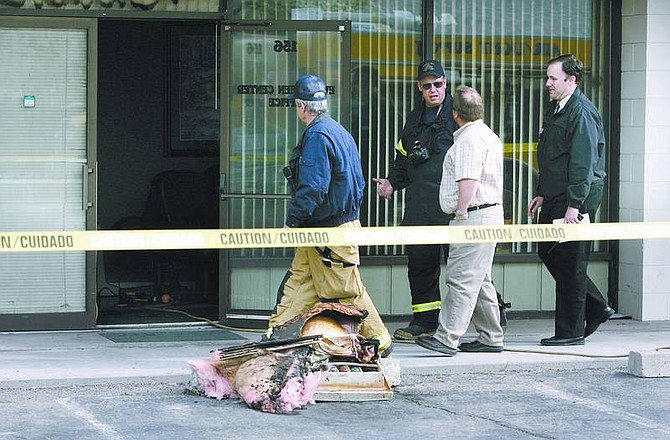 Cathleen Allison/Nevada Appeal Carson City Fire and Sheriff&#039;s investigators have determined an early morning fire at the Evergreen Center was arson. Several businesses in the complex were closed for about five hours while investigators worked.