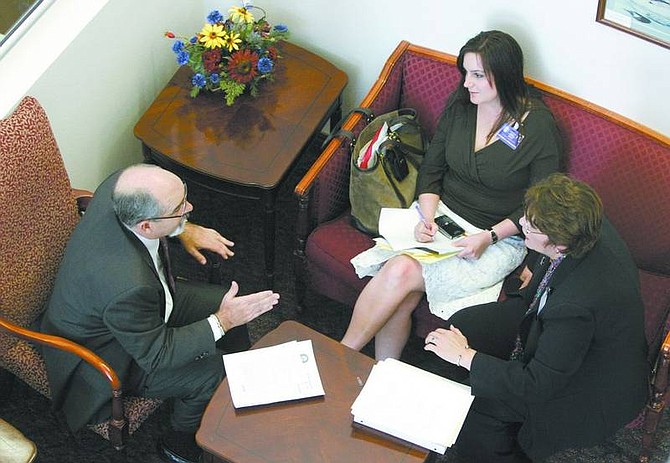 Cathleen Allison/Nevada Appeal Lobbyists, from left, Bill Bradley, Victoria Coolbaugh and Victoria Riley talk Friday at the Legislature. Bradley testified earlier Friday in support of a bill that sets a stricter standard to be able to seal court records.