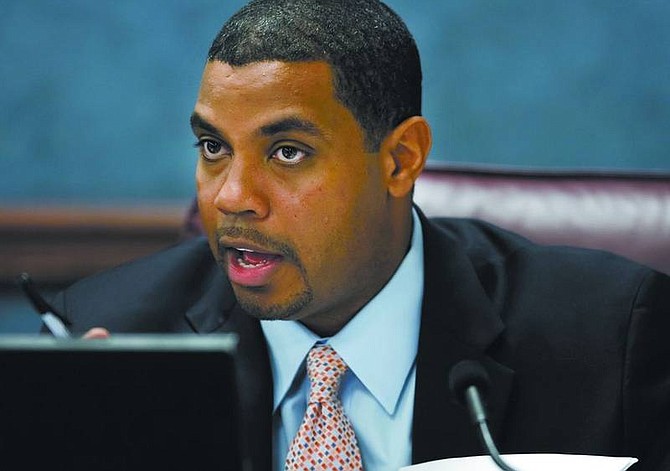 Chad Lundquist/Nevada Appeal Sen. Steven Horsford, D-Las Vegas, responds during a key Senate panel vote on SB232 Tuesday. Nevada will join more than a dozen other states that have enacted restrictions on where convicted sex offenders are allowed to live once released from prison.