Creating a desperation for art 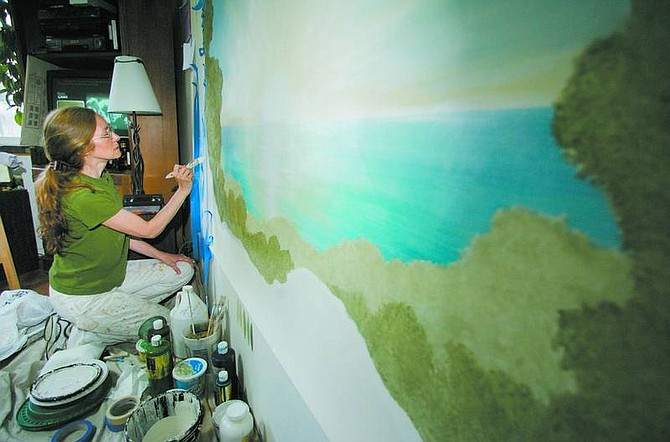 BRAD HORN/Nevada Appeal Lori Nourse paints a mural for a Reno client at her Carson City home on Wednesday.