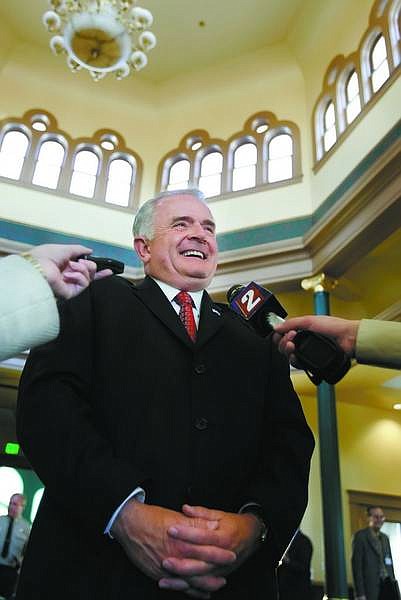 Nevada Gov. Jim Gibbons reacts to questions by media at the Capital in Carson City on Tuesday. Gibbons said he had heard the rumors that Democrats paid the Wall Street Journal to publish stories about hisdealings with a defense contractor. Chad Lundquist/ Nevada Appeal