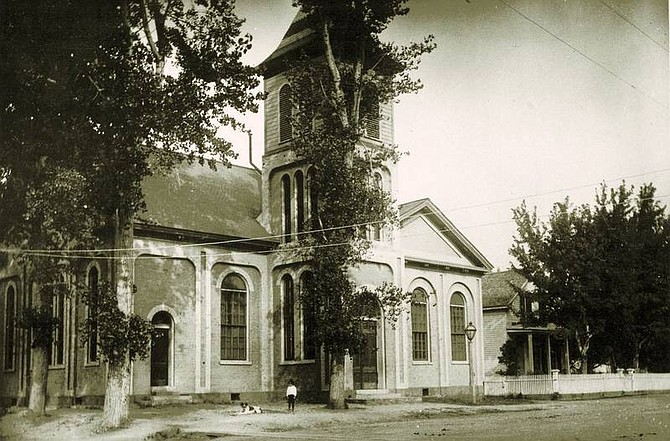 Nevada State Library and Archives photo This photo of the Carson City First Presbyterian Church was taken in 1899. The church, for which Mark Twain raised money, was to be torn down to make way for a new one. The city has since taken over the historic structure&#039;s fate and allowed the congregation to build a new sanctuary. Specifics of the city&#039;s plans for restoring the church and its uses thereafter have not been finalized.