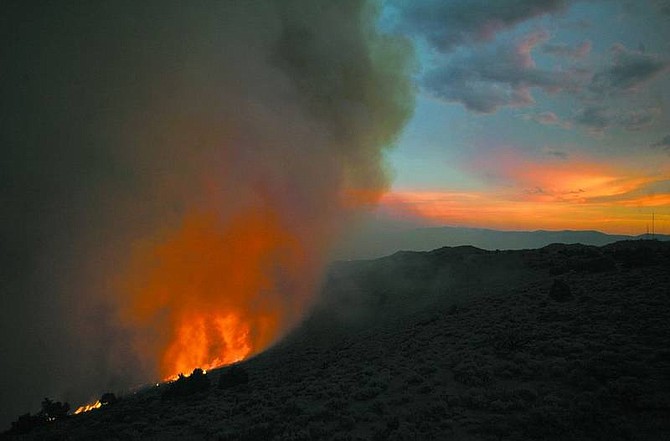 BRAD HORN/Nevada Appeal file photo The Linehan Complex fire burns toward cell phone towers at the top of Duck Hill in Carson City on June 26. The fire which burned 5,863 acres was one of more than 1,200 of the 2006 fire season.