Hollywood returns to the Comstock 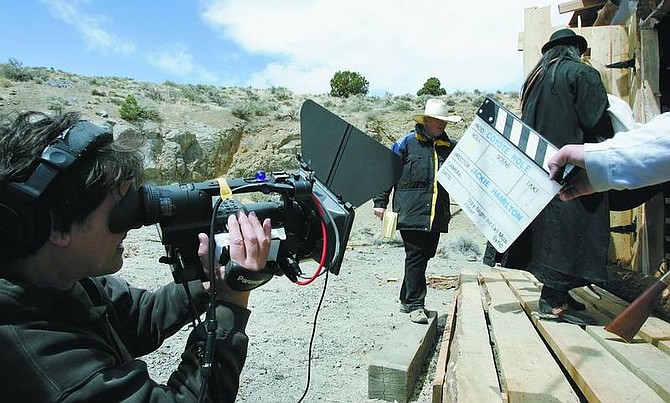 Jeff Piccinini, director of photography, prepares to film a scene on set of the movie &quot;Coyote Hole&quot; in Silver City on Wednesday.