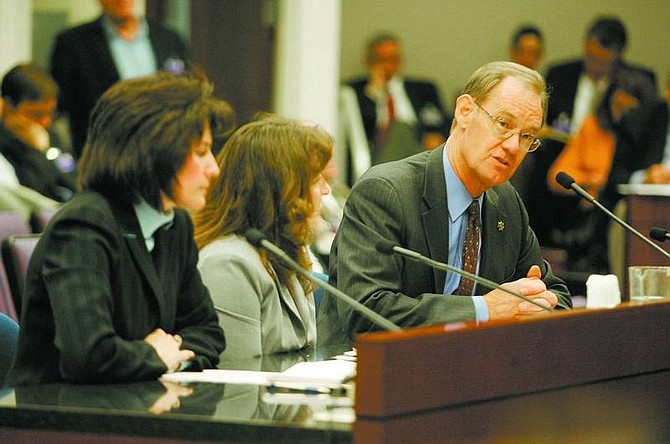 Brad Horn/Associated Press Arizona Attorney General Terry Goddard, right, testifies Wednesday during an Assembly Commerce and Labor Committee hearing in Carson City. Pictured to Goddard&#039;s left are Marilyn Kirkpatrick, D-Las Vegas, and Nevada Attorney General Catherine Cortez Masto, who both spoke in support of AB383, which targets &quot;coyotes&quot; who smuggle people into the United States. It is modeled after a similar law in Arizona.