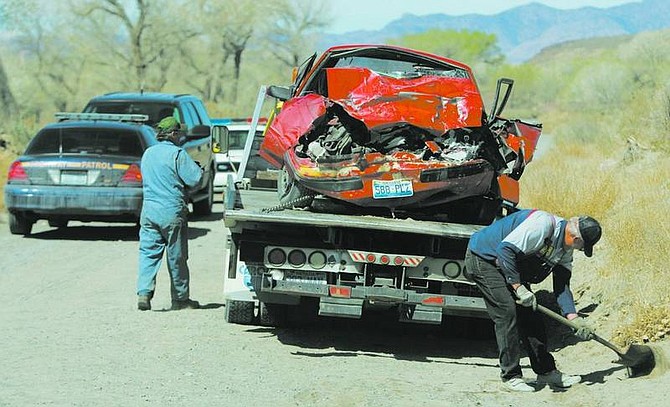 BRAD HORN/Nevada Appeal A tow truck driver gets ready to transport the red Ford Mustang that was involved in a two-car accident on Fort Churchill Road in Silver Springs on Friday morning. A 17-year-old boy was killed, and four other teens were taken to the hospital.