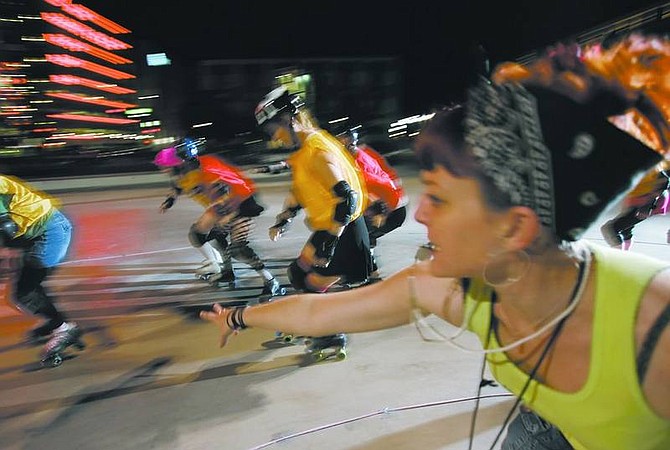 Chad Lundquist/Nevada Appeal Kristina Tarleton, aka &quot;Sailor Doom,&quot; coach for the Battle Born Derby Demons pushes her girls during practice in downtown Reno on Tuesday night. The team has scheduled its first contest set for May 19 against a team from Utah at a site to be determined in Reno.