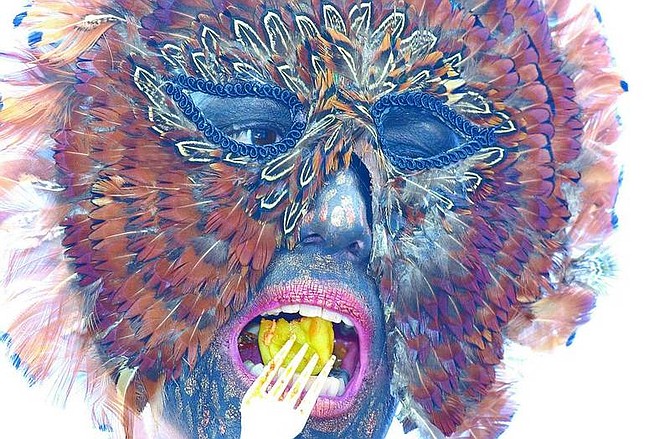 Brad Horn file photo/Nevada Appeal Mask-wearing Linda Diggs bites into a pepperoncini during the 2003 Oodles of Noodles Cook-Off in Dayton.