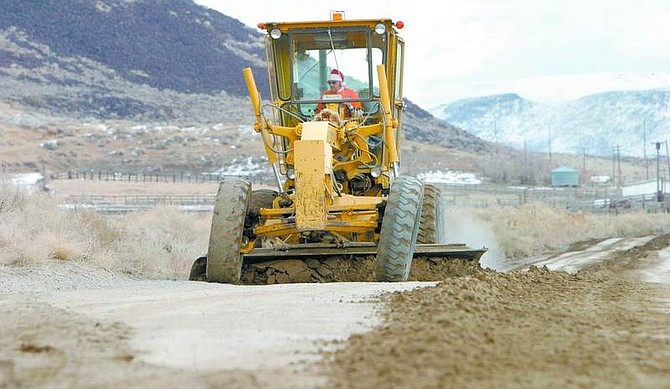 Amy Lisenbe/Nevada Appeal Matt Taylor of the Lyon County Road Department uses a blade to cut out the washboard on Fort Churchill Road Monday afternoon in Dayton as he begins the process of resurfacing the road.