Caught in the middle of a football family feud 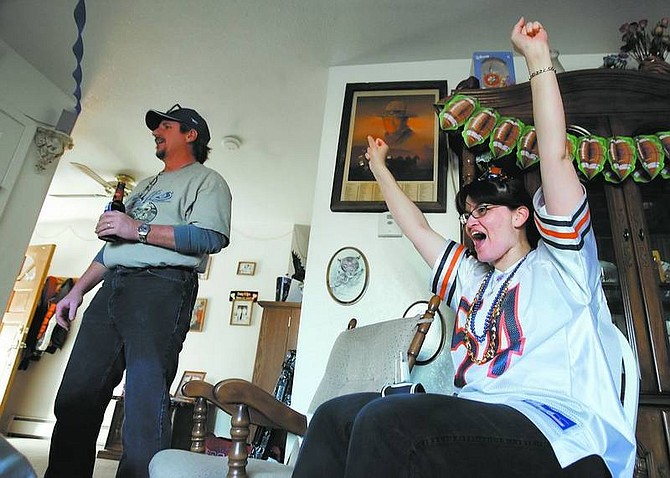 Chad Lundquist/Nevada Appeal Lisa Skelley, right, reacts to a Bears touchdown while her husband Dean, a Colts fan, stands quietly. With both of their teams in the Super Bowl, the couple threw a party so their friends and family could watch their feud as the game progressed.