Locals living the high life In a wireless world 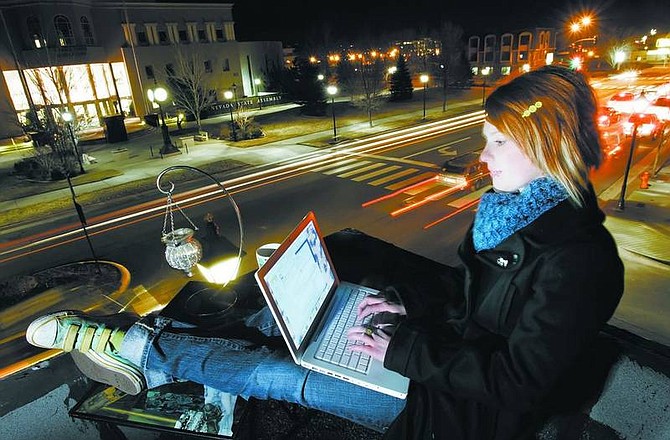 Photo Illustration by Chad Lundquist/Nevada Appeal Jessica Rao, 18, of Gardnerville, chats with a friend in New York through Comma Coffee&#039;s wireless internet connection on Monday night. Comma Coffee and the Legislature building are just a couple of the hotspots popping up around town.