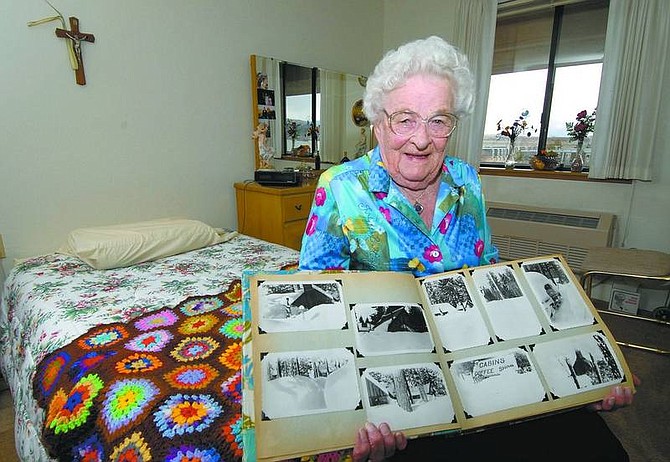 Kevin Clifford/Nevada Appeal Hilda McMurray, 93, shows photos Thursday afternoon from the massive 1951 snowstorm that blanketed the South Lake Tahoe area with more than 10 feet of snow. The storm isolated McMurray along with her husband, Don, and their children Margie and Norman for more than six weeks.