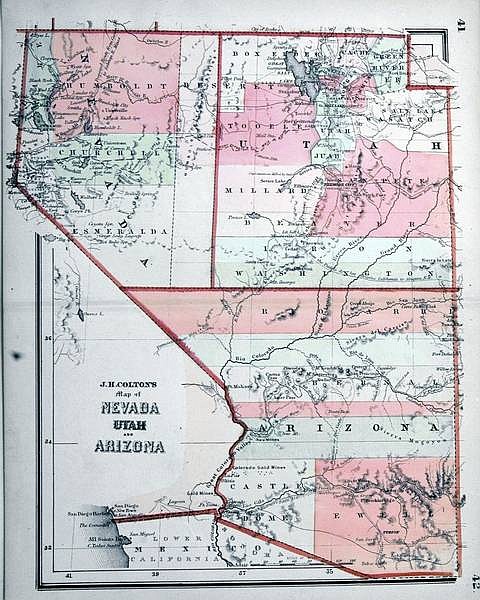 This photo of a territorial map from 1865 shows the boundaries of Nevada, Utah and Arizona, which features the Las Vegas Valley as part of Arizona. On Jan. 18, 1867, the newly minted Silver State took possession of a mostly empty, triangle-shaped slice of the Arizona Territory, just west of the Colorado River. That region became the greater Las Vegas area - and changed the face of the state. Nevada State Museum map