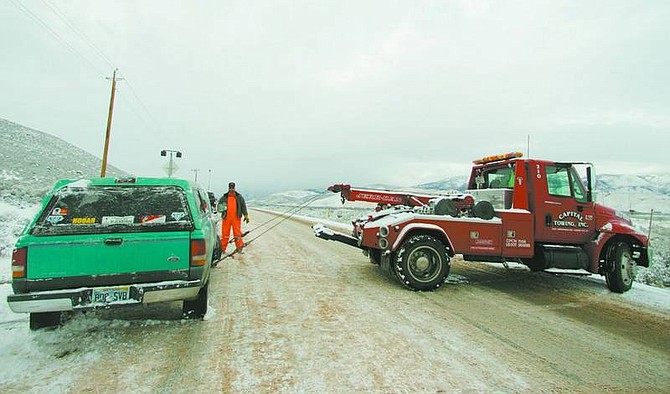 BRAD HORN/Nevada Appeal A Capital Towing driver pulls a truck out of a ditch on Edmonds Drive in Carson City after an accident on Thursday.