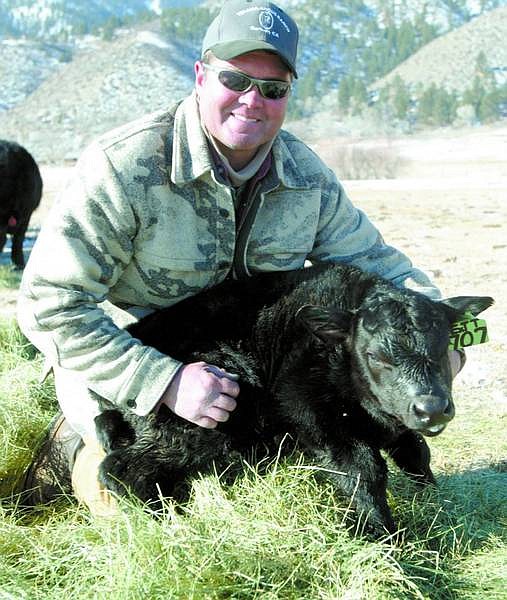 Shannon Litz/Appeal News Service CarsonValley rancher Nick Uhart is shown with a day-old calf in the Carson Valley on Thursday.