Wine cellar a tribute to church's colorful, troubled past 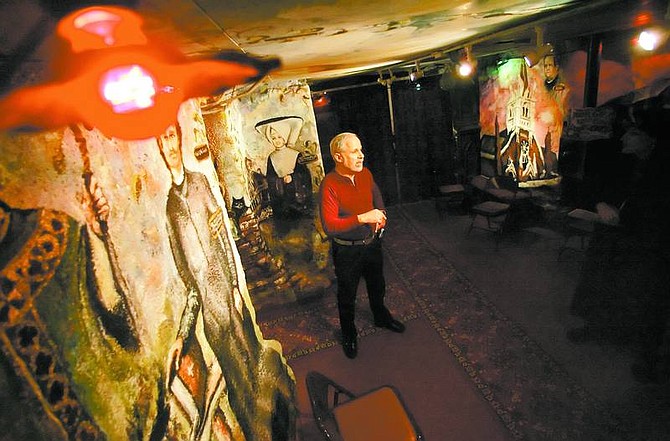 BRAD HORN/Nevada Appeal Nick Nicosia explains the frescas in the cellar at St. Mary&#039;s in the Mountains Catholic Church during a media tour on Saturday morning.