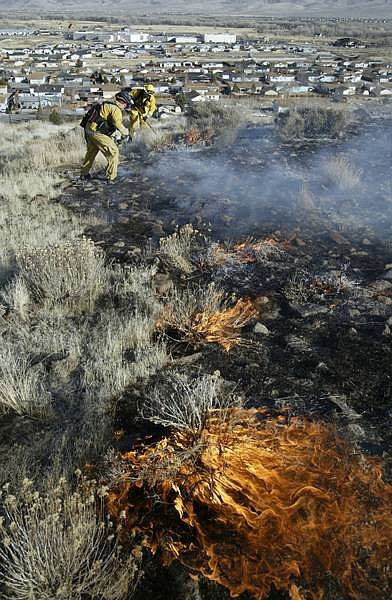 Cathleen Allison/Nevada AppealCarson City Firefighters fight a brush fire in Dayton on Friday afternoon. Eight area agencies responded to a 37-acre fire that spread over 1/2 mile in the hills behind the Dayton Smiths.