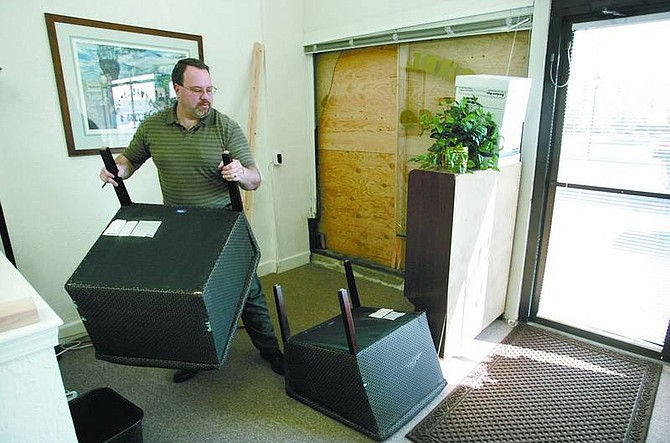 Cathleen Allison/Nevada Appeal Joe Theile looks at furniture that was damaged at the Lionel Sawyer &amp; Collins law office when a vehicle crashed into the front window Friday night.