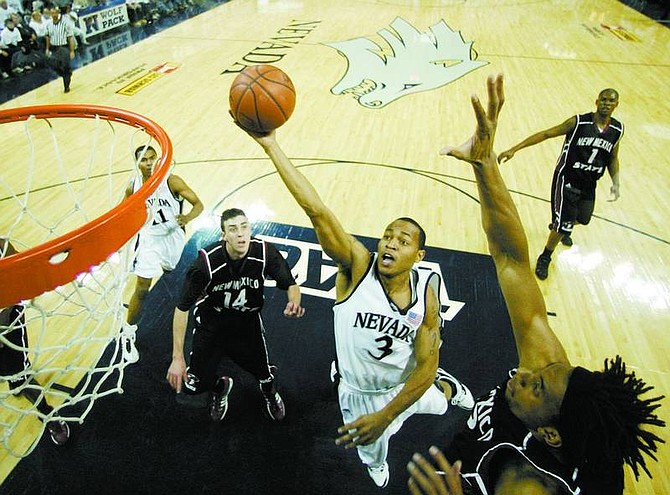 BRAD HORN/Nevada Appeal Nevada senior guard Kyle Shiloh drives to the basket during the first half at Lawlor Events Center during the Wolf Pack&#039;s game against New Mexico State.