Mining moves over for tourist railroad 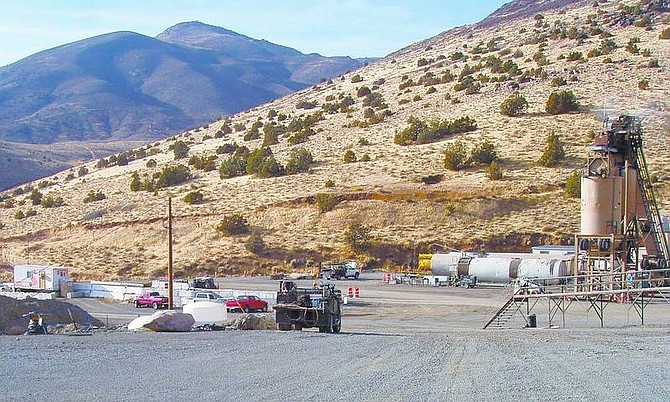 Photo Courtesy of Gary Luce The future V&amp;T Railway will cut through this area of the old Frehner Pit, which is mined for aggregate by Road and Highway Builders. The historic V&amp;T alignment is the cut near the base of the hill.