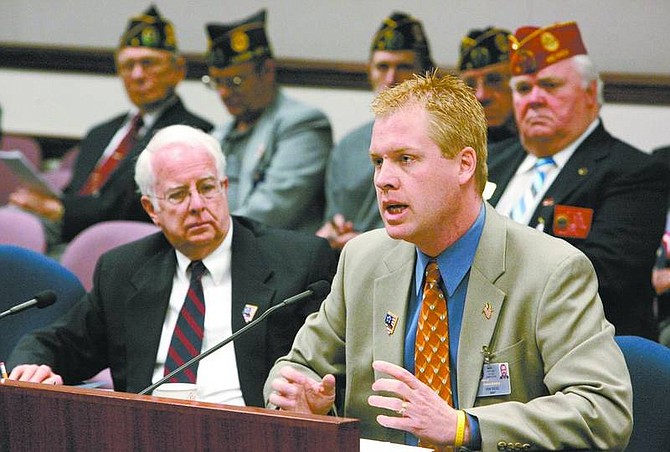 Cathleen Allison/Nevada Appeal Tim Tetz, executive director of Nevada Office of Veterans Services, testified in support of a proposal that would restrict demonstrations near funerals - a measure drafted in response to protests at military funerals. Nevada Assemblyman Lynn Stewart, R-Henderson, left, presented the bill Thursday morning at the Legislature.