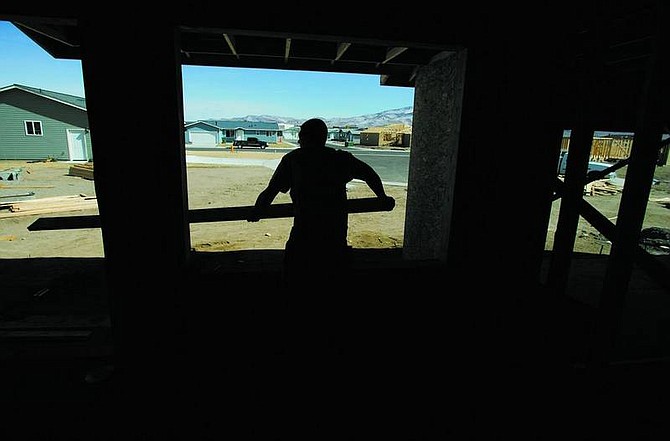 BRAD HORN/Nevada Appeal Brian, of Las Vegas, cleans up after working on a home near Pine Cone Road in Dayton. Brian, a student of Rite of Passage, is learning how to build homes as part of a vocational training class at the school.