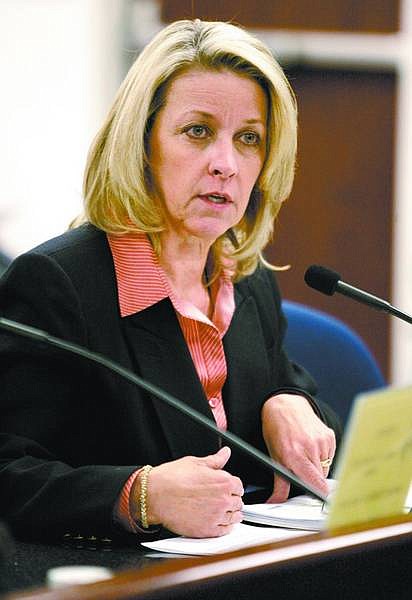 Cathleen Allison/Nevada Appeal Nevada Sen. Barbara Cegavske, R-Las Vegas, testifies Friday morning at the Legislature. Cegavske presented a proposal that would let families with special-needs children choose between going to public schools, or taking state money that would otherwise be spent on them to private schools in the form of a special needs scholarship.