Family grateful for help after fire 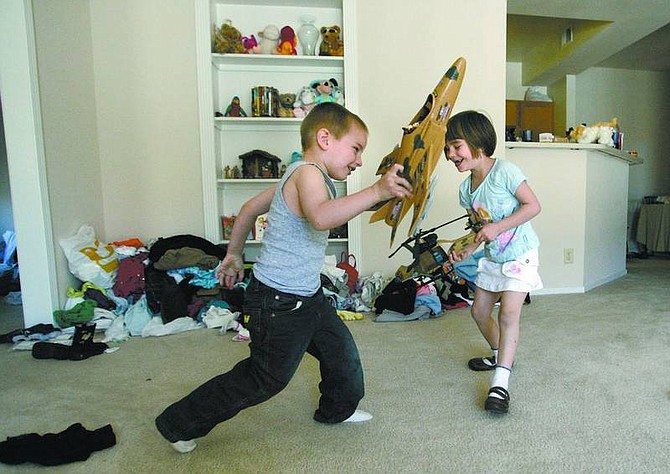 Cathleen Allison/Nevada Appeal After losing almost everything they had to a fire March 8, Cody, 4, and Rose Thornhill, 5, play with new toys Friday morning at their family&#039;s new apartment in North Carson City. The Thornhills have received donations and support from around the community and are working to get themselves back on their feet.