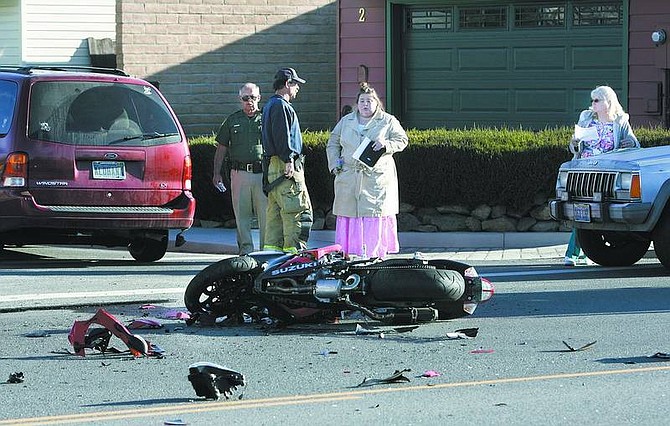 Cathleen Allison/Nevada Appeal A Carson City man was taken to the hospital Friday morning following an accident in which a mini van crossed into his path at East College Parkway and Granite Street.