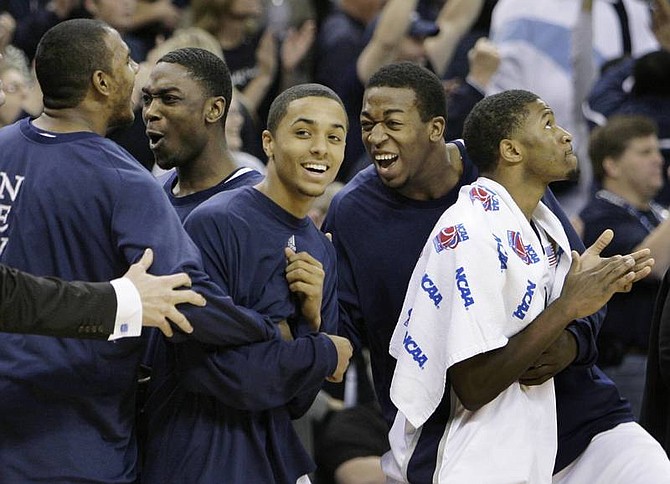 AP Photo/Alex BrandonNevada players react near the end of overtime in their 77-71 win over Creighton during the first round of the NCAA South Regional basketball tournament in New Orleans this afternoon.