Crunchy shrimp without the fryer 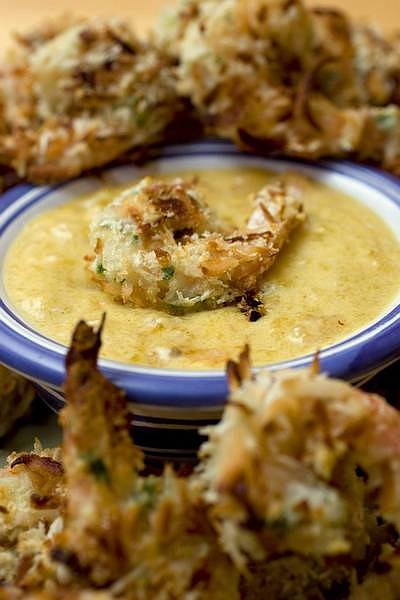 Larry Crowe/Associated Press By avoiding the deep fryer, these coconut shrimp with dipping sauce have far fewer calories and grams of fat. Through baking instead of frying and the use of lower fat ingredients like egg whites and light coconut milk, the crunchy, tasty shrimp can be enjoyed without the guilt.